From the 24 – 26 July, two teams of three students each from DAIS participated in the Debate hosted by the Neerja Modi School, Jaipur. The competition had over 43 participating teams from India, Serbia and the USA. It was based on a rigorous formal debate format, which catered to two different styles of debate: Turncoat and Parliamentary. 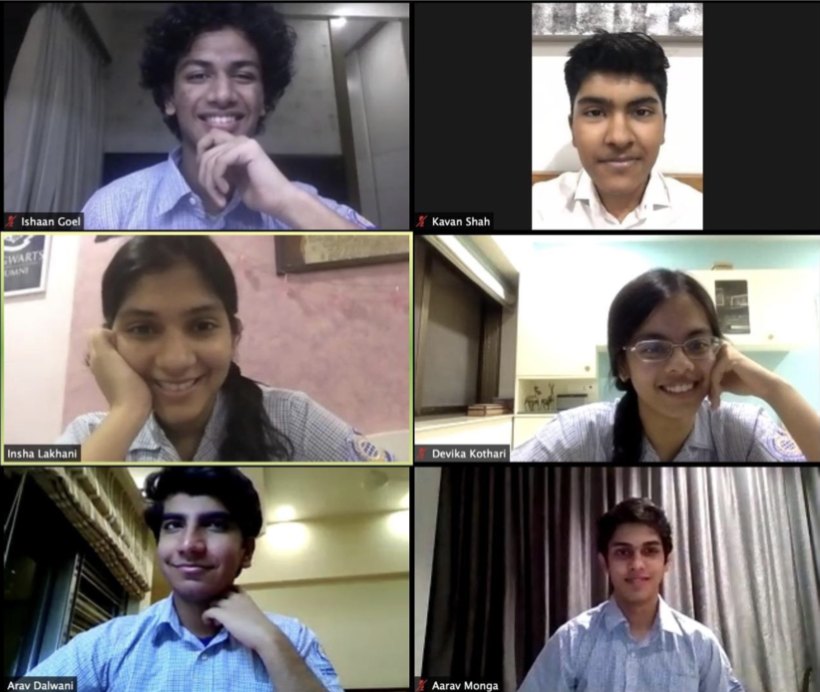 The participants were first made to take part in the Turncoat Round for which motions were given on the spot, with only 10 minutes of preparation time without internet use. All participants had to speak as both the proposition and opposition on the motion for 4 minutes in total and had to suddenly flip the sides in between. This round tested the speaking ability and spontaneity of each debater, and the qualifications for the Parliamentary round were decided based on performance in Turncoat.

Prior to the session, the students were divided into two groups and were asked to create a product that can be commercially sold fulfilling all criteria of Sustainnovation. The session consisted of over 150 participants from a multitude of schools from India and Pakistan. The Conclave was divided into three breakout rooms with ten teams in each. Each team showcased their products followed by a Q&A session. It was an extremely enlightening session for the young DAIS entrepreneurs who were exposed to a range of ideas and solutions to problems. They also got to explore the financial issues of businesses and various marketing strategies that other teams used. Overall, this conclave provided an enriching learning experience for the delegates, who learned about a multitude of business ideas created by students of their age from different schools, all while sitting in the comfort of their home. 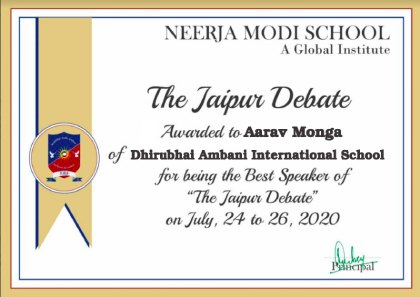 In the Turncoat Round, both the teams from DAIS performed exceptionally well: our Team A composed of Arav, Kavan and Devika secured second position while Team B secured tenth position. Both DAIS Teams A and B, qualified for the next round, which was held in Parliamentary format, and conducted on a specialized online Debate website called “Mixidea”. On the new platform, the debate was carried out in an extempore fashion, with the participants getting an hour of preparatory time before the Debate commenced. All in all, the both delegations from DAIS participated enthusiastically in the Parliamentary format. Two delegates – Aarav Monga from IBD Yr. 11 and Devika Kothari from Grade 10 were awarded the “Best Speakers of the Tournament”. 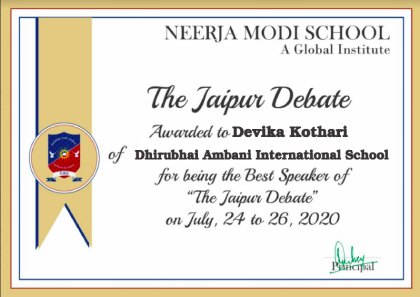 Each of the participants had a great experience being exposed to both Turncoat and Parliamentary Debate, and receiving immensely helpful feedback on improving the skills of debating. The group reflected on the strengths of the other teams which helped them identify areas in which they could improve further. The competition was an excellent opportunity for DAIS participants to hone their debate skills. Although the teams were unable to make it to the quarter finals and beyond, all participants did very well at the other levels of the debate and received accolades for their performance. The DAIS participants were grateful to have received the rare opportunity to attend an online debate competition.