Title to read Round Square Conference
Pathways World School 2015
TAKE ME BACK!

The Round Square Conference at the Pathways World School in Delhi from 11th to 14th February was surely an experiential learning journey for me in many ways. 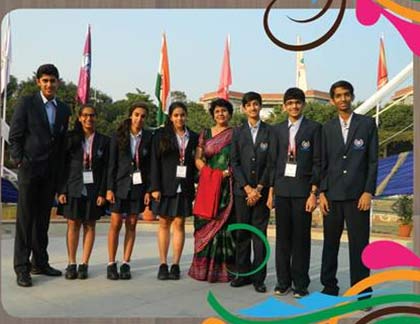 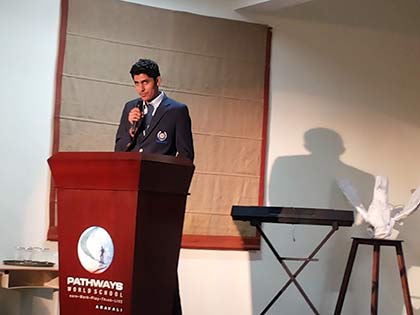 DAIS delegation at the inauguration

The theme of the conference, ‘TRANSLATE, TRANSFORM AND TRANSFER’ was explored in great depth by the sessions with the 3 key note speakers, Mr. G.N.Var, Mr. Aditya Ghosh and Mr. Amit Tuteja and the barazza sessions that followed. Even though each of them spoke about a different topic, they left us inspired. The quote, “The only way to fly high is to stay grounded”, stated by Mr. Aditya Ghosh truly made me change my perspective of success.

The first night of the conference was spent at Camp Tikling. It was a great and unique way to begin the conference. Not only did it add to the ideal of ADVENTURE, but it also was a good way in which the delegates of each school could get to know each other. The highlight of this camp was the bonfire that kept us warm in the freezing cold Delhi weather. There was a quiz competition arranged before dinner. After a peaceful sleep, we woke up to a whole new series of activities; from wall climbing and zorbing to a grueling game of paintball. We also went for a hike in the Aravali hills before heading back to the school. The fields that we passed as we trekked up and down the hills reminded us of songs from our favourite Bollywood movies. 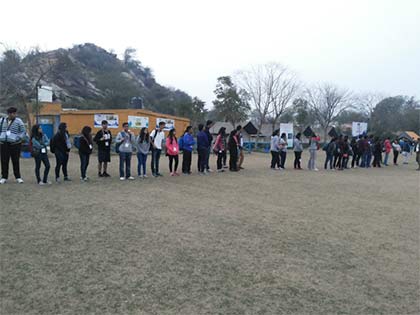 When we got back to the school, the Opening Ceremony kicked off with much pomp and joy. It began with a performance by the school orchestra that made every member of the audience tap their feet and sing along. The next performance was about ‘Nirbhaya,’ a powerful reminder of some of the true horrors of this world. The message was loud and clear. YOU ARE NIRBHAYA, AND IF YOU DON’T STEP UP AND DO SOMETHING, SOMEONE ELSE MAY SUFFER THE WAY SHE DID! 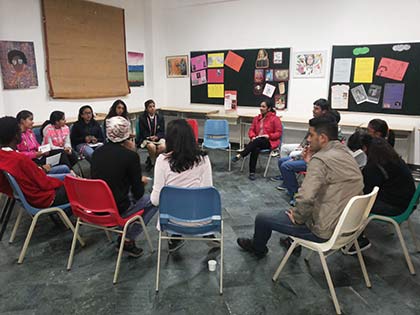 There were eight barazza groups namely ‘transcend, transcribe, transduce, transfuse, transact, transient, transmit and transit’ all based on the theme of the conference. Each student from the school was in a different barazza group. My barazza group ‘Transfuse’ was enthusiastic and I loved the way our chairs gave each and every one of us the opportunity to share our thoughts and feeling about the theme of barazza. Not only did I learn how simplicity and success are related, I also realized the power of A WILL to do something. “Only if there is a will, there is way.” 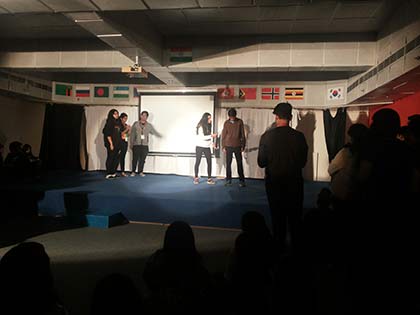 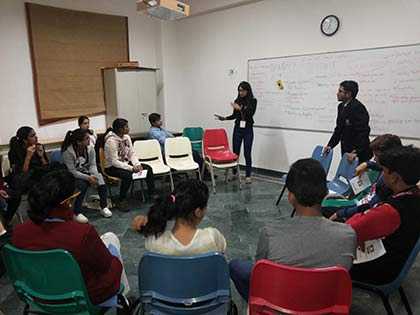 The play at the drama workshop

The Art, Design-Technology and Drama workshop were enriching and exciting events that ended with giggles and guffaws as we left the room with smiles on our faces. All the delegates enjoyed the plethora of desi jokes and the performance of the group that depicted the superficiality of Bollywood during the drama workshop. We also enjoyed making our own phone covers and eco-friendly balls during the art and design workshop.

The cultural night was filled with excitement and anticipation. We enjoyed singing and dancing to Michael Jackson’s HEAL THE WORLD and singing along while other schools performed. After this, we all left for the Chancellor’s Club, for an appetizing dinner, before returning for the much-awaited Jam Session.

The day had finally come when we had to say a final goodbye to all the friends we had made in the past few days. After the closing ceremony, as we walked through the gates of Pathways World school, the passageways grew silent and I realized how much I was going to miss this experience. A voice inside me squealed, “Take me back!” Not only did I take back, ideas about following my dream and never giving up but also a whole lot of memories that will stay with me FOREVER. 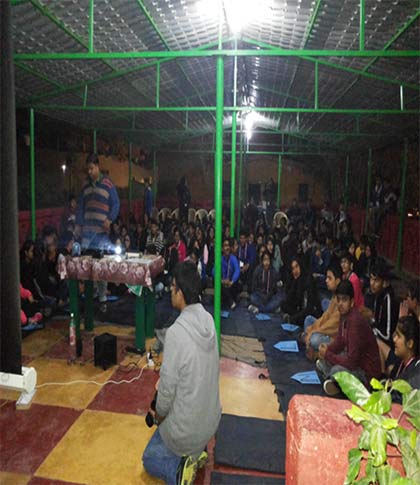 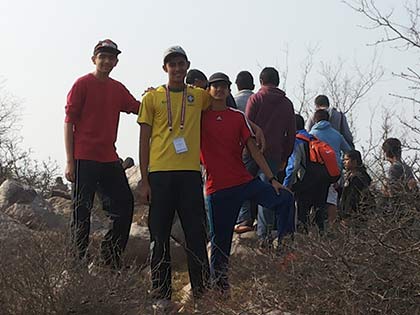 While on the trek on Day 2.