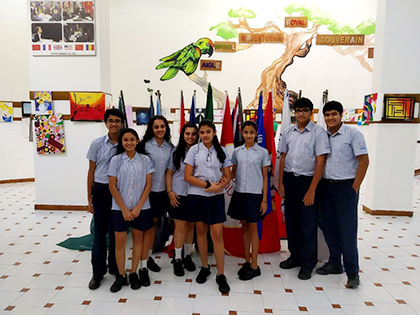 The anticipation and excitement for the 8 Indian delegates was beyond words as they stepped foot on Moroccan soil for their first international conference. After over 18 hours of travel they were greeted by their hosts for the next 5 days. A new continent, new food, new faces, but the same aspiration to make new friends and meet new people. Delegates from across the world got to ‘break the ice’ by a simple game of Laser Tag on the first day, organized by the host school. The following day began with the opening ceremony where the representatives of the 11 participating schools from across the world proudly walked across the auditorium waving their school flag. Mr. Younes T. El Araki, the host school’s director, delivered an inspiring speech and declared the conference open. The Elaraki ‘Future is Now’ Round Square Conference 2020 had officially begun! A morning of Moroccan song and dance was followed by a panel discussion with the two keynote speakers Ms. Chaimae Bouriji and Ms. Karima Ghanem, two entrepreneurs and activists who have left an everlasting mark in the minds of Moroccans. They inspired the delegates with their stories and shared anecdotes on how to leave a mark in the world. This was followed by the delegate’s first Barazza session. A Barazza session is where the delegates are split into smaller groups and share their perspectives about a plaguing issue at hand, and possible ways to resolve them. 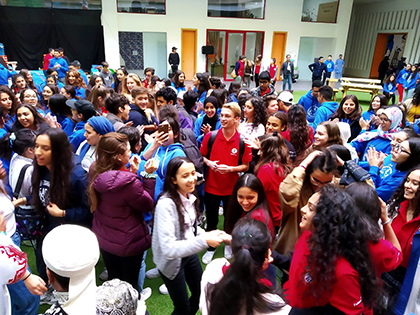 The discussion in the Barazzas are later on discussed in the plenary sessions, allowing all delegates to get an insight into each perspective. By evening, the delegates left for Marrakech’s Medina (city center). After a brief tour, the delegates spent some time shopping for souvenirs and exploring a historical Moroccan Souk. Traditional Moroccan food was served at a rooftop restaurant, overlooking the Souk while watching the sunset and the glittering lights, which ended the first official day of the conference.

Day 2 was Service day. It started off with a drive into the countryside and up to the foothills of the Atlas Mountains, where the delegates would spend their day with the more rural section of Moroccan society. Students were divided into 5 groups who spent the day at a local village school where delegates had to choose between painting the schools, planting trees in the locality, or interacting with the school children. All 3 activities led to the same outcome. A smile on the little children’s faces which made over 90+ delegates from across 5 countries feel complete. After a tiring but satisfying day, the delegates had another Barazza session, where everyone agreed that the Furture is now and that action is required by all. The day was concluded with a social arranged by the students of the host school, allowing the delegates to dance and sing. 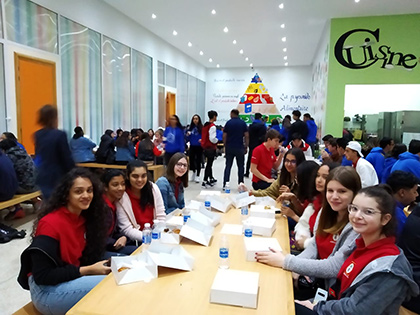 On Day 3, the delegates were taken to Elaraki school’s other campus to be part of their Recycling Project. The project was initiated with traditional Moroccan music and dance and delegates all joined in and enjoyed the fun. For the past year, the students had been working on this project where a fun fair was to be held. Delegates were pleasantly surprised to find that all the games and activities were made of recycled products. Each were paired with Elaraki students of the Environmental Club and put in charge of a stall, and were made to help the children play or do the activity. This initiative really touched each delegate’s heart because it is little steps like this that really made them feel they were contributing to collective change in the world as had been highlighted by the keynote speakers on the opening day. 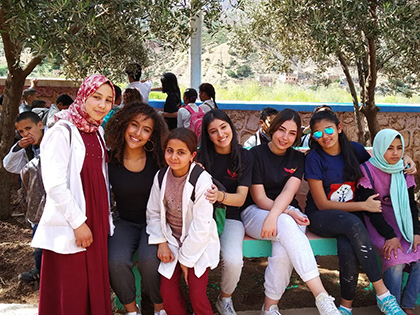 This was followed by ‘Round Square’s Got Talent’ or the cultural show, where students from each school put up a performance, highlighting the aspects of their country’s culture. The delegates of DAIS stole the show with a mesmerizing dance performance, causing the audience to break in applause and join in with a standing ovation. 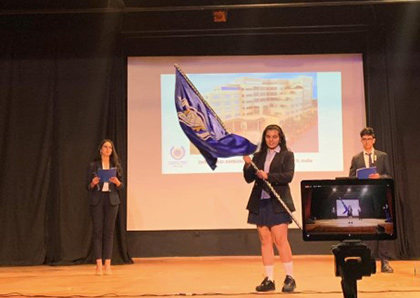 Day 4 was the final day of the conference, and began with a tour to the Water Museum. The delegates learnt about the cultural, historical, scientific and pedagogical significance of water in Morocco. This was followed by the closing ceremony in the school, with more song and dance, once again highlighting the conference theme. By late afternoon, the delegates travelled to beginning of the Saharan desert where they trekked through a dry river gorge and went camel back riding, followed by Moroccan dinner under the stars. A fire display ended the night, and conference for all the delegates. Tear-eyed goodbyes were bid to friends we would probably never see again in our lives. Hours before dawn the next morning, the delegates of DAIS loaded their suitcases on the bus. As the bus drove away from Wazo Appart-Hotels, they looked back at the memories and bonds they had created for life, and weren’t planning on forgetting anytime soon. 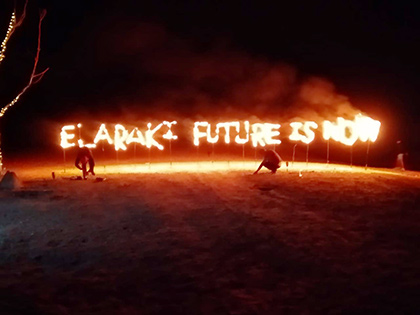 Round Square follows 6 principles, or ‘IDEALS.’ Internationalism, Democracy, Environment, Adventure, Leadership and Service. Over the 4 days of the conference the delegates got to fulfil all 6. The world, as we know it, is rapidly changing and it is the current generation’s responsibility to do something about it. If we keep ignoring this fact, it is only going to get worse for us. The Future is upon us. The Future is Now.